The ONE button dream, shattered…

We have all seen and worked with them. The department manager for whom no automation or software project is ever good enough. The One Button Dreamer. No piece of technology is good enough, until they have only one button to push, then drink coffee and chat the rest of the day! Magically, all the work will be done.

The One Button Dreamer expects the new software to automate 100% of a previously manual process. Yet, automation does not mean trying to automate every aspect of a given process or product. Automating half of a process is still better than no automation at all! Trying to automate the remaining 20% of a workflow in Project A may cost more than the first 80%, and may well not be worth it. Or there could be Project B waiting where you can go for the first 80% and the payback will be greater than the remaining 20% of Project A.

The One Button Dreamer insists that the new technology is built around their current “perfect” workflow. That is a big mistake. New software implementations should be seen as an opportunity to re-engineer and re-evaluate. Putting fresh eyes and perspective on the process. The existing process often “just happened” and got patched over time, and was most likely designed in a different competitive environment.

The One Button Dreamer tells his boss, that if “only the system was good enough…, I would have beat all my targets!” Granted, there are many projects that turn out to be disasters and sometimes the technology is just not a good fit. However, if you dig deeper, you will often see a history of failed, incomplete or aborted projects with One Button Dreamers. The oddest thing is that often they are the biggest campaigners for new technology and automation, so you tend to trust them.

These people are costing your bank a lot of money, directly and through lost opportunity. How do you manage the expectations of One Button Dreamers and still get adoption and buy in? As a business leader, you should make time to regularly get a 360-degree perspective on major projects in your bank. Get independent feedback from the process owner, the project manager and importantly, the lower rank power users, not just from the process owner.
Insist on pre-implementation and proposed post-implementation process maps. It does not take a rocket scientist to quickly spot oddities and inefficiency. After all, we are all better at recommending improvements than what we are at creating. Insist on a documented list of requested features and functionality. Then ask a cross selection of stakeholders to rank them from “must have” to “nice to have,” and in between. Ask for explanations and impact on all “must haves.” Then, call all the stakeholders together to arbitrate the list. You will quickly see a shorter list and faster project completion.

Finally, make sure that everybody understands the direct and indirect cost, inclusive of opportunity cost related to the project. Time is always of the essence. If your business is a “normal” business, then there are already many other projects waiting to be allocated the scarce resources held captive by the One Button Dreamers. 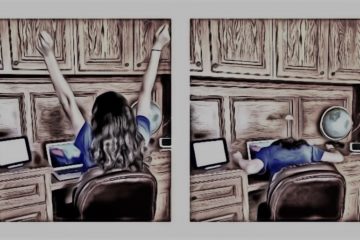 Digital Transformation: You may be the reason why your best and most loyal employees will fail

By now most banks have come to the realization that digital transformation is not a luxury, but a necessity to survive and grow, and many have started the process. However, increasingly we hear about project Read more…